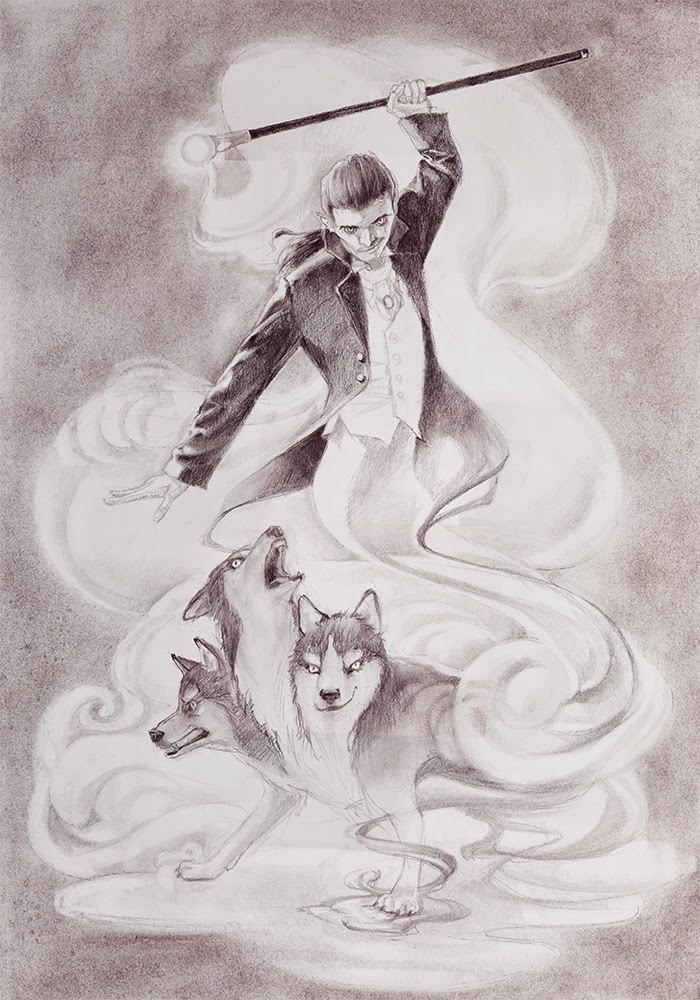 Marquis Naberius
10.5x15 Graphite and Charcoal on board

The demon Naberius was first mentioned by Johann Weyer in 1583. He is supposedly the most valiant Marquis of Hell, and has nineteen legions of demons under his command. He makes men cunning in all arts, but especially in rhetoric, speaking with a hoarse voice. He also restores lost dignities and honors, although to Johann Weyer he procures the loss of them.

Naberius appears as a three-headed dog or a raven. He has a raucous voice but presents himself as eloquent and amiable. He teaches the art of gracious living. He is depicted as a crow or a black crane.
source: Wikipedia
Posted by Erika at 7:07 PM

Fear on the Web

See all Posts by: